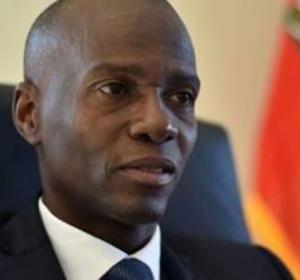 By Prensa Latina, Nov. 15, 2020 A dozen Haitian human rights organizations and feminist groups took a position today against the government's plans to modify the constitution and described them as unconstitutional.   According to the platforms, the project of the president Jovenel Moïse disrespects republican institutions, the foundations of democracy, th…
Read more 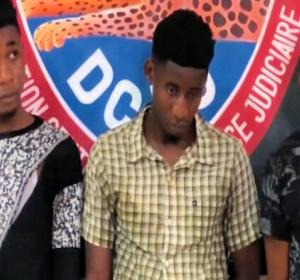 By Ralph Onz Chéry, Haiti Liberté, Nov. 15, 2020 The poison they forced Evelyne Sincère to drink would have taken too long to kill her. So Obed ‘Kiki’ Joseph decided to squeeze the throat of his ex-girlfriend with his bare hands. While Joseph squeezed, another assailant, Michel Domerçant, pushed a pillow onto Sincère’s face so her screams wouldn’t be heard…
Read more 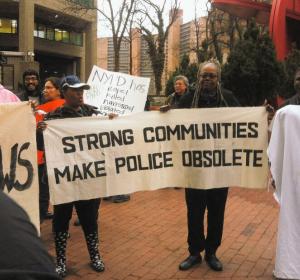 By Albert Saint-Jean, Haiti Liberté, Nov. 11, 2020 On Oct. 26, 2020, Philadelphia police gunned down in the street Walter Wallace, a Black man suffering from mental illness. Wallace’s mother, who was at the scene pleading with the policemen not to shoot, denounced the murder, and thousands have demonstrated in Philadelphia and nationwide against yet another…
Read more 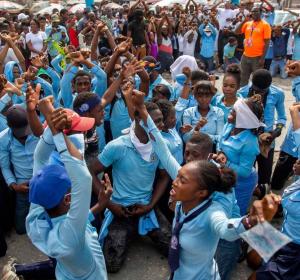 By Jacqueline Charles, Miami Herald, Nov. 9, 2020 Haitian singer Rutshelle Guillame was performing earlier this month over the long All Saints/All Souls Day weekend in the provinces where news doesn’t always come in real time, and cellular signals can be fleeting, when upset fans and critics began bombarding her social media pages. When she finally arrived…
Read more

“Someone has to start”: how a Haitian transgender activist is inspirin… 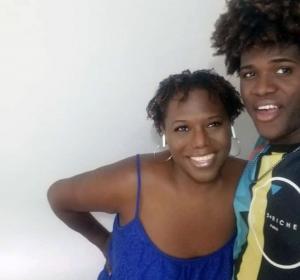 By UNAIDS, Nov. 9, 2020 Haiti’s first safe house for transgender people opened last week. Kay Trans Ayiti launched with the snip of a red ribbon and cheers from a circle of activists and residents. The group took turns taking pictures between bobbing pink and blue balloons tied to the veranda. The triumphant moment came during a tough time. Asked how trans…
Read more 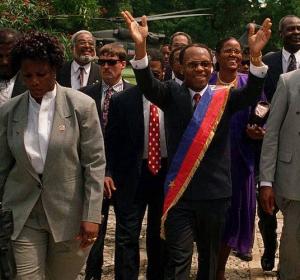 By Lautaro Rivara, In Depth News, Nov. 2, 2020 Thirteen United Nations peacekeeping missions are underway in various countries in Africa, Asia and the Middle East. Haiti has been the epicenter of the UN peacekeeping missions in Latin America and the Caribbean; there have been eight UN missions since the International Civilian Mission in Haiti (MICIVIH) was…
Read more 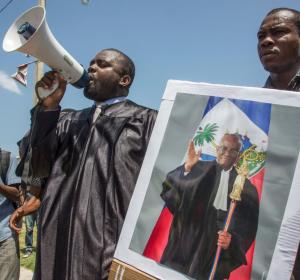 By Onz Chery, Haitian Times, Oct. 30, 2020 A group of attorneys marched to denounce what they see as acts of sabotage in the murder investigation of Monferrier Dorval. They marched on Wednesday in front of Haiti’s National Palace and the Court of Cassation. Dorval, a constitutional expert and former head of the Port-au-Prince bar, was murdered on Aug. 28.…
Read more
Go to news archives

In a victory for Indigenous people, Bolivians voted overwhelmingly for the MÁS party last week.

Sunday’s result is a clear rejection of Canadian foreign policy in Bolivia and the region, and this moment should spur a reevaluation of Ottawa’s pro-U.S. stance in the hemisphere, notably its brazen contribution to the efforts underway to overthrow Venezuela’s government.

INSTITUTE FOR JUSTICE & DEMOCRACY IN HAITI