Canada conspires against democratic Venezuela: An interview with Yves Engler 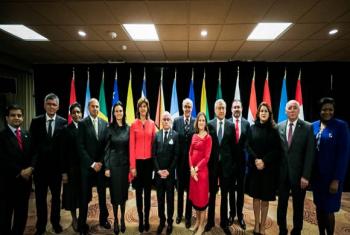 As an example of how autocratic and undemocratic Canada has become, Foreign Minister Chrystia Freeland has ignored international bodies and the Venezuelan democratic process in order to prevent Venezuelans in Canada from voting in their own election!

Yves Engler places Freeland's actions in the context of Canada's long-standing regime-change agenda in Venezuela, and compares it to Canada's inaction on actual anti-democratic activities in U.S.-friendly Latin American countries.

Why doesn’t the NDP stand-up for a social-democratic government being attacked by Canada’s government?

Listen to the interview