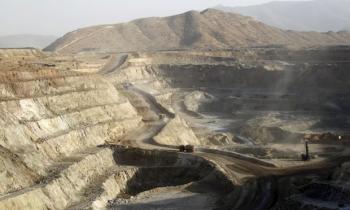 A Vancouver-based mining company can be sued in Canada for alleged human rights abuses overseas including allegations of modern slavery, Canada’s supreme court has ruled.

The decision means three Eritreans who filed a civil suit against Nevsun Resources in British Columbia can continue their case in a lower court.

It also creates new legal risks for Canadian firms operating abroad – notably in the resources and clothing sectors – as companies previously could only be held liable in foreign jurisdictions in which alleged abuses occurred.

The plaintiffs claimed they and more than 1,000 others had been conscripted through Eritrea’s military service into forced labour to construct Nevsun’s Bisha gold, copper and zinc mine in the east African nation between 2008 and 2012, and subjected to violent, cruel and inhuman treatment.

In court documents they alleged being forced to work 12 hours a day, six days a week, being beaten with sticks, and being bound and left to bake under the hot sun.

Nevsun argued that the case should be thrown out on the basis of the act of state doctrine, which precludes domestic courts from assessing acts of foreign governments. But that was rejected by a majority of the justices on the top bench.

The supreme court also held that international human rights law – notably fundamental tenets called “peremptory norms” that are so important they are considered universal – may be applied to this case.

“Violations of peremptory norms are serious violations of rights that are important to everyone, everywhere. They need to be strongly discouraged,” the court said in a statement.

In 2017, the supreme court declined to hear a similar case involving a group of Guatemalans suing Vancouver-based Tahoe Resources for alleged abuses at the company’s mine in Guatemala.

The men sought redress for what they say were injuries suffered during the violent suppression of their protest against the company’s Escobal silver and gold mine south-east of Guatemala City.

They argued in court filings – and a lower court agreed – that they were unlikely to obtain justice in Guatemala, and therefore brought the civil case to Canada, where Tahoe has its headquarters.

The company apologized in July 2019 for the rights violations as part an out-of-court settlement with demonstrators who had been shot and wounded while protesting.