Shattering the myth of 'Canada the good' 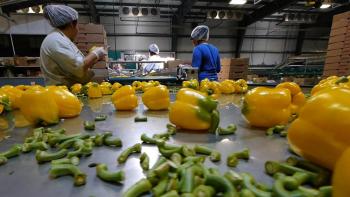 Many like to think of Canada as being "tolerant of diversity", a champion of human rights and a land of opportunity for those willing to work hard and play by the rules, which are presumed to be fair. It is the myth of "Canada the Good" and it prevails despite repeated truths to the contrary.

One of the reasons why Canada is able to maintain this international reputation is because those who live the lie are silenced. But my films try to challenge this, bringing the voices of those who have long been ignored, marginalised or erased to the foreground.

My documentary, Migrant Dreams, focuses primarily on a group of Indonesian agricultural workers brought to Canada through the Temporary Foreign Worker Program (TFWP).

The film aims to start a conversation about the relationship between labour, race, class and settlement through the prism of the country's migrant worker programmes.

I use the word "settlement" instead of "immigration" to draw our attention to the colonial history and ongoing colonial reality of the Canadian state. This is indigenous land and much of it remains unceded and stolen. "Immigration" has become a codeword for settlement - a tactic to erase settler tracks in colonial structures.

Today, there are more than 500,000 migrant workers, from more than 80 countries, with temporary status in Canada. Of that number, approximately 110,000 are low-wage and tied to one job, one location and one employer.

The threat of expulsion from the migrant worker programme hangs, like a Damocles sword, over them for the duration of their contract. If they speak out, they risk being fired and sent home.

The contemporary version of Canada's migrant labour farm programmes began in 1966 when 264 Jamaican men came to work in Ontario, where Migrant Dreams is filmed.

Today, the federal government runs a range of migrant labour programmes - for farm workers, nannies, cleaners, fast food outlet workers - all of which fall under the TFWP.

These programmes provide employers with access to "unfree" labour, and it is their very status as "unfree" that makes these workers profitable. In Ontario, the greenhouse capital of North America, their labour has subsidised the expansion of the billion-dollar greenhouse industry.

Workers are tied to their employers during their term of employment. Their reliance on their employer for housing, transportation and access to healthcare creates a relationship that could be described as modern-day indentured labour.

The employer holds an exorbitant amount of power. They brought the worker to the country and can kick them out again.

The problems these workers encounter are systemic; they are not the result of "one bad apple". The programme legislates inequality.

A particularly egregious dimension of the TFWP is recruitment fees. Many of the migrant workers have paid fees ranging from $6,000 to $12,000 to recruiters, or brokers, in order to work in the programme. With fees so high, some arrive heavily indebted.

As the writer/filmmaker Trinh T Minh-ha noted, there is a "Third World in every First World". Migrant workers inhabit Canada's third world, conveniently "unseen" by Canadians. But the relationship is intimate. They pick our fruit, wash our floors and wipe our babies' noses. They subsidise the lifestyles of Canadian households.

And the relationship is as much historical as it is contemporary. This is the same balance of power that lines the boots of Canada's colonial footprint. Migrant workers come from the Global South, they are racialised, many are indigenous, and they are poor.

They come from regions that have been underdeveloped by global capital and dominated by foreign ownership of resources, factories and land. Whether through Canadian mining companies in Central and South America, Canadian manufacturers in Southeast Asia or Canadian banks in the Caribbean, the country's corporate imperialism actively impoverishes communities and monopolises control of resources and production so profits flow back to Canada.

This political and economic context sets the preconditions for the movement of migrant workers to Canada.

The contemporary versions in practice today are extensions of historic labour schemes developed by the Canadian state to designate the "preferred citizen" according to race.

We must remember how deeply entrenched labour and immigration programmes were and continue to be in developing Canada as a white nation. In 1872, Canada passed the Dominions Land Act to give 160 acres of free land to homesteaders of European stock. Less than 10 years later, in 1885, Canada introduced the Chinese Immigration Act, to dissuade Chinese from entering, and charging a $50 head tax. Conveniently, that was only after Chinese workers had built the national railways.

Migrant labour programmes expose the colonial construction of Canada. They create categories of citizen and non-citizen with corresponding sets of rights and privileges. They normalise the racism of citizenship as a form of supremacist nation building. I have met farm workers who, despite working in the programme for 25 years, can never expect permanent status.

That "Migrant Dreams" was produced is a testament to the courage of workers who spoke out despite being told that they are disposable and replaceable, that they will lose their jobs and be deported, that there are hundreds of others lining up to take their place.

They have seen others injured on the job and sent back home without proper medical care, berated and penalised for not working fast enough, fired for speaking out about unsafe working conditions. But, despite this climate of total control, they resist because they understand justice.

The workers who appear in my films trusted me, they trusted the activists who vetted me and they believed in the power of film to inform, engage and mobilise.

With the international broadcast of "Migrant Dreams" on Al Jazeera, a long enduring myth gets its comeuppance. Canada's international reputation as a bastion of human rights needs to be earned, not mythologised.