The oligarchy is a roadblock to diaspora investing in Haiti 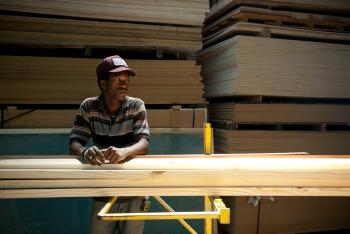 As long as the economy finances the politics and remains in the hands of a strategically small few entrepreneurs and businessmen, the diaspora will always be kept away from Haiti’s grand intellectual and development plan. The diaspora must have a plan of reckoning to remove the hold the oligarchy has on Haitian elections and ultimately on the government.

The Haitian oligarchy: Is it composed of entrepreneur-demons and businessmen-vampires who are promoting the misery of the people as a tool to trigger political instability to maintain their monopoly?

Observable and statistical history reveals that the oligarchy does not pick candidates, but it funds the campaigns of multiple candidates at all levels to be the boss of those who win. The oligarchy is neither on the left nor on the right, but it supports protests for and/or against the government to protect the interests of its small, yet tight network of members.

They simultaneously sponsor gangs, police, opposition, and governments. They are instantaneously allies and enemies. They are neither loyal nor traitors, but they strengthen their bases and remove their support if ever those they propel to prominence do not comply with their demands.

They finance elections, not because they want change, but to benefit from all state public contracts and to maintain their political hegemony. If they wanted to shake up the status quo, they would have adopted a single candidate, they would have endorsed government-sponsored social programs and facilitated market liberalization instead of accumulating customs exemptions and property and inspecting rights of all the country’s ports.

They make the law, they are the law, and they decide which groups of men are to enter the market. Intelligently, they control the sectors of commerce, finance, energy, transport, and even that of weapon manufacturing as well that of all things powder. It is not without reason that the diaspora, despite its sensible economic plan and unlimited intellectual purse, is kept away from major economic decisions in the country. This diaspora remains at the level of purveyors of money and consumers instead of being elevated to the stage of investors.

These Haitian entrepreneurs as Judas-investors as they facilitate espionage through suspicious acquaintance with embassies. They are instigators and catalysts, they infiltrate all camps to pit them against each other. In any conflict, they will always come out victorious even if it means feeding the anger and increasing poverty of the most vulnerable.

Whoever puts food on your plate controls your heartbeat. Whoever finances commands, whoever commands govern, and whoever governs dictates the rules of operations. Moreover, since the oligarchs make the law, they think they are flying too high to fall. Their single point of failure, unless the diaspora takes over rapidly, will drag the entire nation into the abyss.

With all its money, logistical leadership, international connections, and intellectual human resources, the diaspora still craves the constitutional support of this government, which is economically controlled by this hypocrite, selfish, bloodsucker, and backbiting oligarchy. The day of reckoning is near, for the diaspora is making headway in mobilizing local leaders, forming alliances with elected officials and energizing the electoral base.

Bobb Rousseau holds a PhD in Administration and Public Policy with specializations in Public Law and Managing Local Government. His dissertation focuses on the diaspora’s political activism and community engagement to incorporate politics and local government.

Dr. Rousseau’s research promotes diaspora investments to strengthen Haitian local governments and weaken the central government. Rousseau firmly believes that the Haitian diaspora in the United States is at a prime stage to build an attractive political force that can shift U.S. immigration, diplomacy, and humanitarian aid to Haiti and to advance the Haitian agenda around the world.