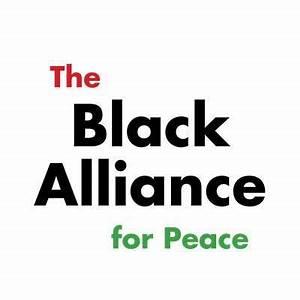 Haitian people, Haitian-descended Dominicans, and Africans from other parts of the globe are being harassed, detained, and deported across the Dominican Republic. The Black Alliance for Peace (BAP) stands in solidarity with Dominican and Haitian organizations in denouncing Dominican President Luis Abinader’s campaign of mass deportations under Decree 668-22. This decree enables the government to round up and deport people of Haitian descent who have been living in the Dominican Republic for years. Some sources say that this year alone nearly 20,000 people have been deported, including 1,800 children.

Decree 668-22 is just the latest in a series of racist, anti-Haitian orders, rulings, and actions that have scarred the history of the Dominican Republic. The most egregious example remains the 1937 Parsley Massacre, in which tens of thousands of Haitians and Dominicans of Haitian descent were systematically killed. More recently, in 2013, under ruling 168-13, Dominican courts stripped over 200,000 Haitian-descended Dominicans of their citizenship, rendering them stateless and vulnerable to abuse and expulsion. Over the past few months, the Dominican Republic has been conducting mass deportations of Haitian people who had first arrived in the country after fleeing the instability and violence unleashed because of the deteriorating security situation in Haiti.

If the crisis in Haiti is a crisis of imperialism, the question of Haitian migration is clearly a direct result of the imperial crisis. The deportation, detention, abuse, and harassment of Haitians in the Dominican Republic—and, we must add, in the United States, Mexico, the Bahamas, and elsewhere—has structural and historical origins in the international community undermining Haiti’s sovereignty as well as brutally gutting its government and economy since 2004. Haiti has been under some form of Western foreign military occupation and control since that time, ruled by the Core Group (a body of Western countries) and administered by the United Nations through programs colloquially known as MINUSTAH and BINUH. Their policies have led to mass migration from Haiti and have further stoked the flames of anti-Haitian sentiment in the Dominican Republic as well as throughout the Americas. This “migration crisis” will not be resolved without the ability of the Haitian people to assert their sovereignty and decide their own fate without imperialist meddling.

BAP’s Haiti/Americas Team supports calls against the harassment and deportation of Haitians, Dominicans of Haitian descent, and all African peoples in the Dominican Republic, as well as action to end racist treatment and violence against Haitian people globally. The war on Haiti and Haitian people must be seen as part of a global war on African people.

In recognition of this situation, BAP’s Haiti/Americas Team endorses the Day of Solidarity with Haiti and Haitian Migration in the Dominican Republic and Around the World [Dia de solidaridad con Haití y con la migración haitiana en República Dominicana y en el mundo], being observed today. In solidarity, we share the following statement by the Haitian-Dominican civic organization Reconocido Movement. The Spanish version of the statement follows below.