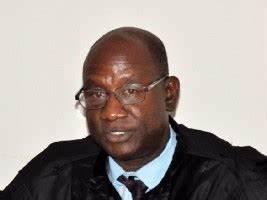 The judge investigating the assassination of Haiti’s president stepped down Friday, less than two days after his clerk was killed, throwing the probe into further disarray five weeks after the country’s leader was gunned down in his home.

In a letter, Judge Mathieu Chanlatte, the judge investigating the murder of President Jovenel Moïse, said he was submitting his resignation from the case for “personal reasons.” It couldn’t be determined whether Mr. Chanlatte’s exit from the case had to do with the death of his chief clerk, Ernst Lafortune. Mr. Lafortune’s union and colleagues say he was murdered.

In response to a request for comment, Mr. Chanlatte texted a screenshot of a tweet by a Haitian radio station. According to the tweet, which cited an unnamed source in the judiciary, Mr. Chanlatte had quit the case because “the means requested by the magistrate to do his job well were not given to him.” Mr. Chanlatte didn’t elaborate further.

In a statement Thursday, Mr. Lafortune’s union, the National Association of Haitian Legal Clerks said the clerk had an evening meeting with Mr. Chanlatte on Wednesday. The two had a “lively discussion,” the union said.

Hours later, Mr. Lafortune was dropped off by unidentified people at a hospital with broken arms and a gash in his throat, said another legal clerk working with him. At the hospital, Mr. Lafortune was pronounced dead, leaving behind a wife and at least two children, the clerk said.

Read the entire article at the Wall Street Journal website