My group can save Haiti. Biden is standing in our way. 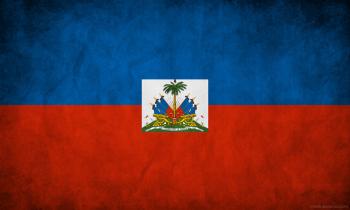 On the streets of Port-au-Prince in February, demonstrators demanded that the Haitian president, Jovenel Moïse, step down because he had overstayed his elected term. His administration had dissolved Parliament after failing to hold elections, and he had illegally packed the judiciary and electoral commissions. Armed gangs, acting with his support, massacred protesters and terrorized poor and powerless citizens. Government agencies were a shambles, as they have been for years.

With the United States and other countries providing unstinting support for Mr. Moïse, Haitian civil organizations realized that the only way Haiti would be saved was if they saved it.

That month, groups representing unions, professional associations, farmers’ alliances, human rights and diaspora organizations, Voodoo groups and churches formed the Commission to Search for a Haitian Solution to the Crisis. I am one of 13 commissioners.

To reach beyond the political class and our own circles, we consulted Haitians of every political stripe, professional background, religious affiliation and social class to reach a broad consensus through compromise that would provide us with the authority to create a Haitian-led solution.

Facing no perfect alternatives to a corrupt, illegitimate government that rules by decree, we believe the country’s best hope is a political transition in which inclusion provides legitimacy, leading to free elections. We can create a free, secure, democratic Haiti on our own, but we need the United States and other nations to abandon the status quo and back the work we’ve been engaged in for months.

We established a modest headquarters in a small room in Hôtel la Réserve in Port-au-Prince, where we met protesters, business leaders and representatives of the ruling party alike. We used Zoom and WhatsApp to talk with Haitians in other cities and with the Haitian diaspora. We consulted hundreds of people and organizations representing millions of Haitians.

In July, Mr. Moïse was assassinated. The country was in shock. With disagreement about who would serve as interim head of state, opposition politicians quickly approached the commission to discuss a transitional government. That day, the U.S. Embassy tweeted its support for Mr. Moïse’s acting prime minister, Claude Joseph.

The commission worked with new urgency. We had already posted our draft accord online and opened it for public comment. Now we brought several hundred people together to work on it.

Yet meanwhile, the U.S. Embassy tweeted an extraordinary statement from a group of ambassadors that anointed Ariel Henry as acting prime minister and asked him to form a government.

On Aug. 30, we unveiled a blueprint for creating a transitional government backed by many political parties and sectors of Haitian society that had never before reached consensus.

It proposes an interim government whose members, in the absence of elections, will be nominated by various sectors to legitimately represent Haitians. There would be a president of the transition and head of government, as well as a representative body that can check executive power. It sets goals for strengthening institutions ahead of elections, working with many capable, well-intentioned civil servants who yearn to be able to do their jobs effectively.

It contains provisions that guard against self-interest, for instance, preventing commission members from holding leadership positions in the transitional government. The accord, which now has more than 900 signatories from groups representing millions of Haitians, includes participants who disagree with one another, ensuring diverse points of view.

Mr. Henry, the unelected, de facto prime minister, quickly proposed a rival plan that would consolidate all power of the interim government in his hands. It focuses on quick elections without sufficient reform to make them credible or ensure wide participation. And most of its supporters represent groups that are already aligned with and benefiting from the existing corrupt, predatory and failing system.

We pushed forward, even as some people related to the talks were killed or forced into hiding by gangs and commissioners were threatened. Armed men interrupted our meetings twice.

Still, we were able to hold substantive and moving conversations. Regardless of their backgrounds, people had identified the problems of massive corruption and impunity for government officials. Justice was a key demand. Most people agreed that Haiti has grown more unequal and far more violent and that basic security was urgent. They agreed on the need to find a solution among Haitians without international intervention. In these ways, Haitians were already unified.

This week we are naming the members of the National Transition Council, which is expected to select an interim president and head of government. This should lead to a negotiation for the departure of Mr. Henry, who said he would step down if not wanted.

Haitians need the United States and other countries to shift their support to the commission’s democratic process — in which Mr. Henry is free to participate. The best solution for our country’s complex and overlapping problems is for Haitians to build a more inclusive, stable and nonviolent political system, a functional democracy.

Perhaps the Biden administration and other foreign leaders feel they are doing what’s best for Haiti by standing behind Mr. Henry. They are actually standing in the way of what’s right: letting Haitians save our own country.

Monique Clesca (@moniclesca) is a journalist based in Port-au-Prince, a former U.N. official and a member of the Commission to Search for a Haitian Solution to the Crisis.