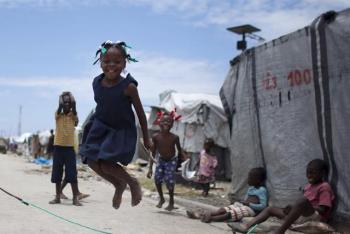 On June 3, ProPublica and National Public Radio each published studies into the spending by the American Red Cross of the half a billion dollars that the agency raised in its name for relief and reconstruction in Haiti following the devastating earthquake of January 12, 2010.

Specifically, the two media outlets examined the Red Cross' claims that it built thousands of units of permanent housing for Haitians who lost their homes to the earthquake, new health care facilities, potable water and sanitation systems and other vital services. The two studies found that the claims were exagerated or false. Additionally, they found that the American Red Cross tried to cover up its failures.

The only Canadian newspaper to report the story was the National Post, in an article by reporter Douglas  Quan. (The story was  also published in other Postmedia outlets, including the Ottawa Citizen and Vancovuer Sun.)  The Post article sought to explore the Canadian Red Cross angle to the story, but its only source was the Canadian Red Cross itself. The Canadian agency claims that its record stands in contrast to that of its American cohorts, including that it succeeded in building 7,500 units of permanent housing.

Below is a letter I wrote to reporter Douglas Quan of the National Post concerning the Canadian Red Cross claims. And here are the three news items mentioned:

I appreciated reading your article today on the Red Cross and Haiti. Thank you for writing it.

The story brought back memories of difficult and ultimately frustrated efforts by our advocacy network in 2010, 2011 and 2012 to convince media outlets in Canada as well as members of the Canadian Parliament  to create some accountability and reckoning of the post-earthquake aid projects of the Red Cross and other large, aid agencies in Haiti.

Through the course of our work, we discovered that Canada's mainstream news outlets as well as all of the political parties in Parliament were only too happy to take as good coin the claims by the large aid agencies, including the Red Cross, that post-earthquake recovery in Haiti was going as well as could be expected and as well as humanly possible. The regular hearings conducted by Parliament's Standing Committee on Foreign Affairs and International Development echosed the same happy note. The hearings were always noteworthy for how the lists of invited guests to inform the committee of the situation in Haiti always consisted of those whose message conformed to a 'happy' message. No critical examination and no independent investigation and inquiry was deemed necessary. Beginning and end of story.

To give one, small example of the harm created by this lackadaisical attitude of Parliamentarians and journalists, our advocacy network discovered during an investigative visit to Haiti in June 2011 that the Canadian Red Cross had recently closed a cholera treatment center which had opened in December 2010. You may recall that Haiti's deadly cholera epidemic was brought to the country by the foreign occupation soldiers of the UN military mission called MINUSTAH in October of 2010.

The problem with the Canadian Red Cross decision re its clinic was not the closure, per se. It was the fact that the agency was continuing to claim that the center was operational. It was making this claim on its website and even in testimony to Canadian Parliamentarians. Not a soul in the Parliament nor in the many media outlets we contacted upon our return to Canada showed the slightest interest in what we reported about this specific transgression and what it might say about the broader information situation. The same disinterest was shown when in September 2011 we published (in English and French) a comprehensive report of our June 2011 visit and findings.

To this date, the United Nations Security Council and the UN's secretary-general refuses any and all legal responsiblity for this action, and the large aid agencies have nothing to say on the subject. Cholera has, to date, killed more than 9,200 Haitians.

The Canadian Red Cross received the largest hare of earthquake donations by Canadians, some $110 million. Much of that amount was matched by the Canadian government, for a total earthquake response budget of $220 million.

Perhaps the most harmful of the conduct of the foreign charities (and journalists) operating in Haiti was how they supported or acquiesced to the destructive electoral process undertaken by the foreign powers very soon after the earthquake. The two-round presidential election of November 2010-March 2011 was intended to ensure that a national government entirely beholden to imperialist interests would be put into place. The operation was a success, thanks, in part, to the acquiescence of the charity nexus.

We learned from Haiti that the Red Cross is an emergency response agency, period. Any claim on its part to be an agency of rehabilitation of a shattered society is false, or at least, that was the record in Haiti. There, the Red Cross was an agency of emergency response, period. Concerning the long-term, structural issues of Haiti's underdevelopment that the earthquake placed into sharp relief, the Red Crosses serve as just another set of charity agencies, ultimately serving to perpetuate the conditions that cause countries to become underdeveloped in the first place.

I frankly doubt the Canadian Red Cross claims that it constructed 7,500 permanent houses in Haiti. I suspect that in typically vague language, it is speaking of semi-permanent structures which may or may not have fallen into disuse or been dismantled and put to different use since they were erected. Only an on-the-spot examination could tell.

Below is a small selection of articles and studies which we wrote during 2010 and 2011. In January of this year, I co-authored a comprehensive article examining Haiti five years following the earthquake: Haiti's promised rebuilding unrealized as Haitians challenge authoritarian rule, by Roger Annis and Travis Ross, January 2015.

Our website is devoted, in part, to making known the very fine work of many advocacy and solidarity organizations in Haiti. They are active in promoting human rights, political accountability, health care, public education, agricultural development and other issues vital for Haiti's national and social development. What makes them successful is their promotion of the two key pillars that must be at the heart of international assistance to Haiti--meaningful solidarity that assists social development, and respect and promotion of the national sovereignty of Haitians. They deserve our ongoing support, just as Haiti as a whole deserves our ongoing attention and solidarity.

Selection of articles published by the Canada Haiti Action Network:

This article was first published in Counterpunch, June 10, 2015.