Ottawa should apologize for role in Agent Orange use in Vietnam 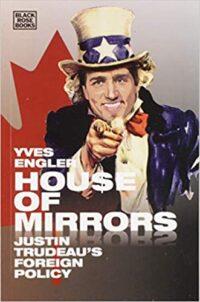 A French legal battle offers an opportunity to revisit Canada’s role in chemical weapons use and whether Ottawa owes something to its Vietnamese victims.

On the weekend activists gathered in Paris to support a court case launched by a woman exposed to Agent Orange in Vietnam. The group Collectif Vietnam Dioxine is supporting French-Vietnamese woman, Tran To Nga, who is suing 14 companies that sold the powerful defoliant dioxin to the US military.

As a member of the Vietnamese Communists (Viet Cong) Nga breathed Agent Orange in 1966. She told the Associated Press “because of that, I lost one child due to heart defects. I have two other daughters who were born with malformations. And my grandchildren, too.” Spread between generations through breast milk, food and the water supply, Agent Orange victims’ children and grandchildren are often born with serious disabilities.

The toll the cancerous chemical had on Vietnam is staggering. Some three million Vietnamese were exposed to a defoliant that can cause immune deficiencies and damage one’s nervous system. Between 1962 and 1971 US forces sprayed 11 million litres of Agent Orange in southern Vietnam.

One aim was to deprive the guerrillas of cover by defoliating forests and rural land. Another goal of these defoliation efforts was to drive peasants from the countryside to the US-dominated cities, which would deprive the national resistance forces of their food supply and rural support.

During its war in Southeast Asia the US tested Agent Orange at CFB Gagetown. A 1968 US Army memorandum titled “defoliation tests in 1966 at base Gagetown, New Brunswick, Canada” explained:

The department of the army, Fort Detrick, Maryland, has been charged with finding effective chemical agents that will cause rapid defoliation of woody and Herbaceous vegetation. To further develop these objectives, large areas similar in density to those of interest in South East Asia were needed. In March 1965, the Canadian ministry of defense offered Crops Division large areas of densely forested land for experimental tests of defoliant chemicals. This land, located at Canadian forces base Gagetown, Oromocto, New Brunswick, was suitable in size and density and was free from hazards and adjacent cropland. The test site selected contained a mixture of conifers and deciduous broad leaf species in a dense undisturbed forest cover that would provide similar vegetation densities to those of temperate and tropical areas such as South East Asia.

From the late 1950s until the 1980s Agent Orange was tested on animals at CFB Gagetown. During this period the Department of National Defence sprayed millions of litres of chemical agents at Gagetown. In 2018 CBC interviewed a former military officer who said in the late spring of 1985 he was ordered to escort a flatbed truck along an empty road to a freshly dug pit at CFB Gagetown. Over 40 full or semi-full barrels — some dented or in various states of decay — were dumped in the spongy soil. Most of them were wrapped with an orange stripe with the words “Agent Orange”.

Canadian scientists also helped develop Agent Orange and other defoliants used to deny food to areas supporting anti-colonial insurgencies in Asia. Labs at McGill University overseen by the chemical and biological weapons director at the Defence Research Board, Otto Maass, researched the herbicides sprayed by the US in Vietnam and British in Malaya.

Some US veterans and others who fought in Vietnam with the US have been compensated for the impact Agent Orange had on them. In 2007 Canadian veterans groups helped win $20,000 in compensation for individuals harmed by Agent Orange and other toxic defoliants tested at CFB Gagetown.

But there has never been compensation for the primary victims of Agent Orange, the people of Vietnam. Hopefully the Tran To Nga case will offer some justice.

When will the Canadian government acknowledge and apologize for its role in this crime against humanity? Don’t the Vietnamese victims of Agent Orange deserve at least that?