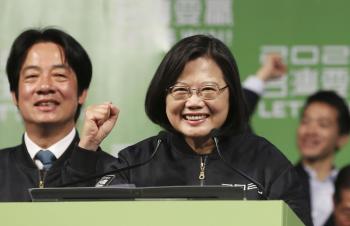 The government of Taiwan has become central to the USA’s attempts to disrupt and sabotage China’s rapid growth. News was intentionally leaked that dozens of American troops had been in Taiwan for more than a year, to train the Taiwanese military, a clear violation of the One China principle. China has since bolstered its military flyovers of Taiwanese airspace, which ironically extends right into the Chinese mainland, to send a clear message that US interference will not be tolerated in the region. Chinese President Xi Jinping recently made clear that China has not changed its intends to fully reunite Taiwan with the mainland, and wants a plan sorted for reunification by 2024.

A majority of Americans falsely believe Taiwan is a country, while more than three-quarters of Canadians hold a negative position against China. Days ago, a recent Nanos poll showed that 87 per cent of Canadians would support Canada joining the explicitly anti-China AUKUS military agreement.

Anti-China propaganda from all sides of the media spectrum, from both the mainstream media, and supposedly anti-war left media, has driven these stances. In the USA, Taiwan government connected think tanks and foundations have provided significant funding to multiple imperialist think tanks.

There is one Canadian think tank, which has been doing its level best for years to ramp up anti-China sentiment in the country, and has raked in continuously increasing levels of donations from the same elements while doing so. That think tank: our old friend, the Macdonald-Laurier Institute.

A history of the MLI

The key figure of the MLI held deep ties to the Conservative Party of Canada before the MLI was founded. MLI Managing Director Brian Crowley was founding President of AIMS (Atlantic Institute for Market Studies), which received the majority of its funding from “several anonymous donors” and pharmaceutical giants Pfizer and Merck Frosst. Sourcewatch revealed that as of 2010, Crowley was also a member of the influential right-wing Civitas Society, founded by Calgary political scientist Tom Flanagan, campaign manager for and advisor to Prime Minister Stephen Harper.

Finance Minister Jim Flaherty had Crowley appointed in 2006-2007 as the FM’s visiting economist, and allowed Cowley to begin to develop the MLI while giving policy advice to the Harper government. Flaherty tapped those connections in 2009, to help the MLI get hundreds of thousands in support from foundations and corporations.

On a foreign policy front, the Macdonald-Laurier Institute has been supporting imperialism and colonialism since its founding in 2010. This includes:

In the first six years of its existence, the MacDonald-Laurier Institute had almost nothing to say about Taiwan. Then, the Taipei Economic and Cultural Office in Canada began to engage with the Macdonald Laurier Institute in earnest during the 2017 year, being one of the listed event sponsors, in the MLI’s annual report.

Yet even this year, multiple searches with technical operators utilised, indicate that Taiwan was mentioned by the MLI only for the event TECO sponsored.

TECO became a financial donor for the first time during the 2018 year. TECO in Canada is Taiwan’s equivalent of an embassy, made necessary since China was recognized by the UN in 1971, while the ROC (Taiwan) agreed on only one thing, that there was only one China.

The MLI’s anti-China agenda ramps up from here.

In April 2018, Duanjie Chen and Eric Lerhe would join as senior fellows.

Chen is “an expert on free markets and economic and tax policy” who “has served as a consultant to governments and international organizations” for more than 30 years, who has expertise “on the People’s Republic of China and its economic and investment policy.”

In the opening release, Chen made it clear that she viewed MLI as “one of the few Canadian think tanks that recognizes the challenges posed by the rise of the increasingly ‘authoritarian China’”.

Lerhe “served in the Royal Canadian Navy for 36 years with his last post as Commander Canadian Fleet Pacific. After completing his PhD in 2012, Dr. Lerhe continues his research in security and defence issues as an independent scholar, and has written widely on maritime strategy, NATO, and Indo-Pacific security.

In the opening release, Lerhe made clear his role, to “mov[e] the national conversation on what Canada’s role should be in the ‘Indo-Pacific’”. The reality of this problematic term, utilised to justify Western encroachment into the South China Sea, is best summed up for East Asia Forum by Allan Gyngell:

“The Indo-Pacific is a framing device, not a geographical reality — its proponents shape it around their different interests.”

In October 2018, noted anti-China activist and former MP David Kilgour joined as a Senior Fellow. Kilgour was the most openly anti-China MP in Canada’s parliament between 1979 to 2005. Kilgour formerly served as the Secretary for the Asia-Pacific Region under the Chretien government, and actively pushed for violating China’s sovereignty in support of the pro-serfdom Tibetan independence movements, all located and funded abroad. Kilgour gained infamy for co-authoring an error ridden, farcical report falsely claiming organ harvesting was occurring in China, against members of the Falun Gong cult.

To the present day, Kilgour has retained close ties with Falun Gong, and written repeatedly for their main news outlet, Epoch Times. During the pandemic Kilgour has taken to calling COVID-19 pandemic the “CCP virus” since the pandemic began in 2020.

In December 2018, noted anti-China activist and actress Anastasia Lin joined the MLI as the “MLI ambassador on Canada-China policy”.

The MLI’s Coverage of Taiwan jumped massively in 2018 (the MLI even called for Canada to loosen “Ottawa’s Rigid ‘One-China’ Policy with Taiwan”), while the first dedicated Taiwan event occurred this year, from absolutely nothing, conveniently after they started getting an undisclosed amount of funding from TECO in Canada.

In 2019, rather than simply having TECO listed as a donor to the MLI for the second year straight, it is acknowledged to be the middle organization for the Taiwan Ministry of Foreign Affairs to donate to the MLI.

To be explicitly clear, Taiwan’s Foreign Affairs *Ministry* is providing funding to the MLI.

The Taiwan Foundation for Democracy is also listed as an MLI donor. The Taiwan Foundation for Democracy was established in 2003, “with the support of the Ministry of Foreign Affairs and all major political parties.” The Minister of Foreign Affairs serves as the Vice-Chairman of the TFD, so it’s an openly government associated and backed institute.

J. Michael Cole would join the MLI as a Senior Fellow in April 2019. Cole is a Taiwan based analyst and anti-China spook, since May 2021 a Geopolitical consultant for both the Taiwanese government and the private sector, who before coming to Taiwan in 2005, was an analyst with CSIS in Ottawa.

On the same day, they had Nathan Law, former co-founder of US puppet regime change party Demosistō, and one the main HK rioters before he fled to the West, join them as the MLI’s “Ambassador on Canada-Hong Kong policy”.

Conveniently, the strongest anti-China voices at the MLI join as senior fellows within two years of TECO in Canada/unofficial Taiwanese embassy in Canada becoming an MLI donor, and in the same year that the Taiwan Foundation for Democracy became a donor as well. Coverage of Taiwan jumped yet again in 2019, they ramped up the anti-China narratives pushed with publications, five anti-China events, and even had an event calling for Canada to ramp up tensions with Taiwan, by treating it as an independent country.

In the 2020 year, no annual report was made available. What data can be told for sure is this, from CRA tax data.  The MLI spent $1,065,170 on “Professional and consulting fees” (they refuse to state if their senior fellows are financially compensated), while having ten total paid employees, paid a total of $754,471.00. The income ranges are:

Two new senior fellows joined that year, who were specifically focused on “authoritarianism” and/or spreading false narratives about mainland China and Taiwan.

Scott Simon joined as a senior fellow in October 2020, with his focus being “covering issues including Taiwan and the Indo-Pacific, human rights, and Indigenous rights.” Simon is the “holder of the Research Chair of Taiwan Studies and member of both the Centre for International Policy Studies and the Human Rights Research and Education Centre at the University of Ottawa.”

Sarah Teich was announced on December 11, dedicated to “covering issues including international law, human rights, and counter-terrorism”. The MLI claims notes that Teich’s work will have a “particular focus ‘on authoritarian regimes.’” Ironically, Teich has previously held a research position at the International Institute for Counter-Terrorism in Israel.

She’s quoted as being excited to fight “the Chinese Communist Party’s aggression”.

For 2021, there is simply no publicly available data at this point, even from the CRA, on the MacDonald-Laurier Institute’s finances. This is because the filing dates haven’t been reached yet for this data. Yet unless there’s a dramatic change in the pattern of MLI’s behaviour, there won’t be a publicly available annual report released by them for 2021.

The senior fellows the MLI have brought in so far this year, follow the same pattern of anti-China, “indo-pacific” focused analysts.

Mariam Memarsadeghi was announced in April 2021. Memarsadeghi will “examine the new techniques of authoritarianism” focusing on Iran, and “draw parallels to Russia, China, and other contexts to understand how Iran… mutually supports other ‘authoritarian’ regimes.”

Stephen Nagy was announced early this month, as a senior fellow. Nagy will “focus on issues pertaining to the ‘Indo-Pacific region’, China, and Japan.”

The MacDonald-Laurier Institute has started to aggressively calling for Canada to support Taiwan’s effort to become a recognized country at the UN. This occurring despite any recognition of Taiwan at the UN would be a grievous violation of the one-China principle, and in total ignorance of the reality that Taiwan is a province of China, forcibly annexed from mainland China by the anti-communist KMT in 1949. On September 30, the MLI even called for a massive Five Eyes expansion, to essentially create a mini-NATO among Five Eyes countries, to act as an unelected body and dictate important aspects of domestic and foreign policy.

China is rightfully considering forcible reunification of Taiwan with the mainland, due to the revelation of USA troops having been secretly training the Taiwanese military for more than a year, and President Tsai’s dangerous push for an independent Taiwan, which even the anti-communist KMT always opposed (they wanted to have a capitalist “Republic of China”).

It is crucial that the Canadian people understand that an unfortunately mainstream think-tank is taking undisclosed amounts of money from Taiwan’s Ministry of Foreign Affairs, and the Taiwan government-founded Taiwan Foundation for Democracy, to drive an aggressively anti-China, pro-Taiwan perspective which is most definitely having an influence in the creation of Canadian political thought. Most revealing is that Taiwan was mentioned only once by the MacDonald-Laurier Institute in 2017, the year before they took funding from TECO in Canada.

This is a clear pay-for-influence agreement, in the vein of one the The Canada Files previously revealed: that the Latvian Defence Ministry was donating to the MLI and to have them prioritize supporting Canada’s NATO deployment of troops to Latvia. In this case, the Taiwanese government and connected foundations are donating to get an anti-China and pro-Taiwan agenda to the top of the MLI’s priority list.

Canadian political thought and action on foreign policy is not predominantly driven by domestic actors, but instead a combination of USA and EU governmental pressure and foreign funding from foundations located in those same regions of the world.

Please consider setting up a monthly or annual donation through Donorbox.

Aidan Jonah is the Editor-in-Chief of The Canada Files, a socialist, anti-imperialist news site founded in 2019. He has written about Canadian imperialism, federal politics, and left-wing resistance to colonialism across the world. He is a third-year Bachelor of Journalism student at Ryerson University, who was the Head of Communications and Community Engagement for Etobicoke North NDP Candidate Naiima Farah in the 2019 Federal Election.