Time for Haitian-Americans to demand U.S. officials out of Haiti 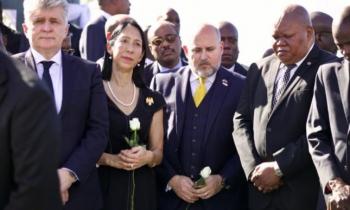 President Jovenel Moïse rules unchecked. As of January 13, 2020, the Parliament lost the Constitutional ability to provide a check and balance to the administration, and that's really just the tip of the iceberg when we begin to consider other institutional issues, such as a wholly illegal prime minister in function.

If a country had any respect for Haiti, at the moment the government became illegitimate in the eyes of the people and their Constitution, these countries should have respectfully left Haitian leaders to sort themselves out. But instead, the same diplomats who were present in Haiti when the crisis began and worsened, want to act as mediator and savior.

It's time for Haitian-Americans and Haitian descendants in countries still having diplomatic relations with the Haitian government, to demand this ends. Contact your member of congress, hold rallies, spread hashtags, it's high time the U.S. officials give Haitians a chance.