US moves further towards Montana Accord 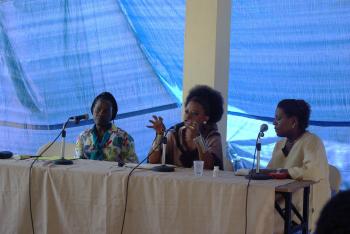 Members of several Haitian civil society organizations, promoters of the Montana Accord, met on Saturday in Florida with senior American personalities including members of Congress and representatives of Joe Biden’s administration.

Representatives of the administration of Joe Biden and the former special envoy of the United States in Haiti Daniel Foote had also taken part in this meeting called the contact meeting.

Among the members of Haitian civil society organizations who participated in these discussions are Magali Comeau Denis, of the coordination committee of the monitoring office (BSA) of the Montana agreement, Magalie George, Lesly Voltaire, Christine Stephenson, representative of the chambers of trades Haiti and other members of Haitian civil society organizations, learned the media group ZoomInProduction Corporation made up of ZoomHaitiNews and CaribbeanTelevisionNetwork.

The United States would finally be on the verge of supporting the steps taken by civil society organizations to set up a transitional government.

From reliable sources we learn that discussions are underway at the level of the various diplomatic missions in Haiti with a view to facilitating the exit of Doctor Ariel Henri from the Prime Minister’s office.

In an exclusive interview with media group ZoomInProduction on Friday, the former US special envoy to Haiti announced that Joe Biden’s administration would finally be ready to endorse the Montana accord.