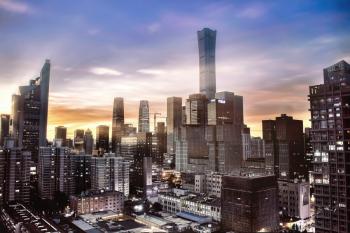 This post includes nine podcasts and articles that explore the new cold war against China. The dubious claims of genocide in Xinjiang province have likely fueled anti-Asian racism in both countries, and have escalated tensions via sanctions and a military build-up around China.

US Accusation of Genocide in China, with Max Blumenthal and Zhun Xu

Are US government accusations of genocide and crimes against humanity based on sincere concerns over the well being of the Uyghurs, or are they cynical charges based on a desire to ratchet up tensions between the US and China? We’ll be joined by Max Blumenthal and Zhun Xu.

Max Blumenthal, the editor-in-chief of The Grayzone, is an award-winning journalist and the author of several books, including The Management of Savagery. Zhun Xu is Associate Professor of Economics at John Jay college, CUNY, on leave from Howard University. Previously he has taught at Renmin University in Beijing

Daniel Dumbrill sits down with @Mont_Jiang (Twitter) and Carl Zha to discuss the rise in Anti-Asian Racism. We talk about the structure and history of racism and touch a bit on the geopolitically driven propaganda which is making the situation worse.

"Under the new administration, the Americans want to reconsider their policy and return to the nuclear accord, and China welcomes their move," Wang said. "We will provide more coronavirus vaccines to Iran and Iran is our priority for the vaccines."

Iranian foreign ministry spokesman Saeed Khatibzadeh said the agreement was a "road map" for trade, economic and transportation cooperation, with a "special focus on the private sectors of the two sides".

China, Iran's largest trading partner and a long-standing ally, agreed in 2016 to boost bilateral trade by more than 10 times to $600 billion over a decade.

Carlos Martinez is a researcher, anti-war activist and co-founder of the No Cold War campaign based in London. In an interview with CGTN, he said the currently escalating negative portrayal of China and baseless accusations toward Xinjiang Uygur Autonomous Region on Western mainstream media is the same process that had people believing Iraq had weapons of mass destruction that it could use against London or Washington 18 years ago.

While it’s entirely possible that human rights violations could be happening in Xinjiang in some form and to some extent, the extremely flimsy and blatantly manipulated evidence we’ve seen so far for Western claims of “genocide” and “crimes against humanity” should draw immediate incredulity from anyone who remembers the lead-up to the Iraq invasion. The only sane response to unfounded claims by known liars is skepticism and agnosticism until we are presented with proof that rises to the level required in a post-Iraq invasion world.

These talking points issued by the State Department chief look even more off-base when we remember that a leaked 2017 State Department memo confirmed that the United States has a standing policy of using allegations of human rights violations as a bludgeon against nations like China while ignoring known human rights violations against member states of the empire like Egypt and Saudi Arabia.

On March 1, World Beyond War hosted a panel discussing the arrest of Huawei exec Meng Wangzhou and the implications. The event, titled “The Arrest of Meng Wanzhou & the New Cold War on China”, was organized by the Cross-Canada Campaign to FREE MENG WANZHOU and is sponsored by not just World Beyond War, but also the Canadian Foreign Policy Institute, the Canadian Peace Congress, Just Peace Advocates, and the Hamilton Coalition To Stop The War.

The event was moderated by Radhika Desai, Professor at the Department of Political Studies at the University of Manitoba, and director of the Geopolitical Economy Research Group.

While Zenz’s employers describe him as “one of the world’s leading scholars on People’s Republic of China government policies towards the country’s western regions of Tibet and Xinjiang,” he is, in fact, a far-right Christian fundamentalist who has said he is “led by God” against China’s government, deplores homosexuality and gender equality, and has taught exclusively in evangelical theological institutions.

Lyle Goldstein, a China specialist and research professor in the Strategic and Operational Research Department of the Naval War College, told The Grayzone that Zenz’s labeling of the Chinese approach to the Uyghurs as “demographic genocide” is “ridiculous to the point of being insulting to those who lost relatives in the Holocaust.”

Goldstein said the Chinese approach to Xinjiang “is a more repressive posture than we would like, but it sure isn’t genocide.”

Moreover, a careful review of Zenz’s research shows that his assertion of genocide is contradicted by flagrant data abuse, fraudulent claims, cherry-picking of source material, and propagandistic misrepresentations.

The survey team found that compared to public opinion patterns in the U.S., in China there was very high satisfaction with the central government. In 2016, the last year the survey was conducted, 95.5 percent of respondents were either “relatively satisfied” or “highly satisfied” with Beijing. In contrast to these findings, Gallup reported in January of this year that their latest polling on U.S. citizen satisfaction with the American federal government revealed only 38 percent of respondents were satisfied with the federal government.

This result supports the findings of more recent shorter-term surveys in China, and reinforces long-held patterns of citizens reporting local grievances to Beijing in hopes of central government action. “I think citizens often hear that the central government has introduced a raft of new policies, then get frustrated when they don’t always see the results of such policy proclamations, but they think it must be because of malfeasance or foot-dragging by the local government,” said Saich.

The BBC has been given rare access to the vast system of highly secure facilities thought to be holding more than a million Muslims in China’s western region of Xinjiang. Authorities there insist they are just training schools. But the BBC’s visit uncovers important evidence about the nature of the system and the conditions for the people inside it. The BBC's China Correspondent John Sudworth sent this report.