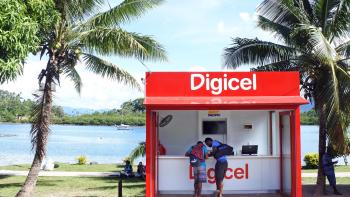 Western Union Co. and three former Haitian presidents—including the estate of Jovenol Moïse, assassinated in 2021—must face antitrust litigation over an alleged scheme to fix the price of wiring money and calling long-distance to Haiti, a federal appeals court in Manhattan ruled Thursday.

The U.S. Court of Appeals for the Second Circuit revived the case, overturning a decision by Judge LaShann DeArcy Hall, who held in 2021 that the lawsuit was doomed by the “act of state” doctrine because it sought to establish liability based on official sovereign policies of the Haitian government.

Judge Michael H. Park, writing for the appeals court, said Hall took too broad a view of the doctrine when she found that it prohibited her from ruling on “the ‘propriety’ of Haiti’s official acts.”

Park rejected the idea that the doctrine outright “bars courts from deciding cases that involve passing judgment on the policies, laws, and motivations of a foreign sovereign.” It only forecloses legal claims that effectively seek to have a foreign sovereign’s acts declared null and void, he said.

Allegations that Western Union, several banks and telecoms, and Haitian officials “clothed” their unlawful scheme “in formal executive actions of the Haitian government” don’t run afoul of the doctrine “because no official act of Haiti must be deemed invalid for liability to attach,” Park wrote.

In its ruling Thursday, the Second Circuit also reversed Hall’s alternative decision to dismiss parts of the case on the quasi-jurisdictional grounds that U.S. litigation would needlessly burden overseas defendants and the case could conveniently be heard elsewhere.

That part of the ruling required a threshold inquiry into whether the choice of court reflected forum shopping, and “the district court clearly erred in determining that plaintiffs had only ‘marginal links’ to an American forum,” Park wrote.

The court remanded the case to Hall, directing her to analyze the act of state issue from scratch. Judge Eunice C. Lee joined the ruling.

Judge Jon O. Newman concurred, saying in a separate opinion that the appeals court should have gone “further.”