What the French Really Owe Haiti 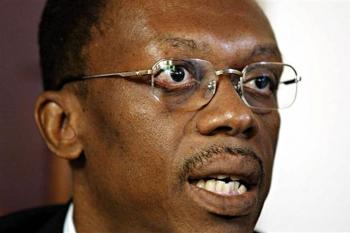 Last month, The New York Times made headlines with its front-page series about the billions (in today’s dollars) that France forced Haiti to pay following centuries of slavery. Despite the terrors and tortures of French colonialism, the Haitian revolutionaries won their independence from France in 1804 to become the first modern nation to permanently abolish slavery. Yet, in 1825, the French returned to Haitian shores to demand 150 million francs in exchange for recognition of Haitian independence—21 years after the fact—and to compensate enslavers for their lost “property.”

Dozens of manuscripts and pamphlets from early-19th-century France show that what the French really wanted wasn’t money at all, though. Rather they sought, in their words, to “restore Saint-Domingue,” which meant to bring back slavery. The French began planning the reconquest of Haiti soon after the Haitian Declaration of Independence on January 1, 1804, and threatened the new nation under all its first leaders from its founder, Emperor Jean-Jacques Dessalines (who was assassinated in 1806) to both King Henry Christophe (who ruled after Dessalines in the north until he committed suicide in 1820) and Alexandre Pétion who was simultaneously president over a republic in the south and west until 1818 when he died of natural causes.

By the time Pétion and Christophe’s successor, President Jean-Pierre Boyer, signed the indemnity in 1825, the French had been openly plotting for two decades to “exterminate” the Haitian populace in the name of restoring slavery. That history of planned genocide is essential to understanding the threat of violent warfare, not merely financial exploitation, that 19th-century Haitians lived with because, in the words of Dessalines, they “dared to be free.”

Napoléon Bonaparte came to power in France in 1799, in the wake of the enormous slave rebellion in Saint-Domingue that forced the French to grudgingly abolish slavery in all their colonies in 1794. Though French President Emmanuel Macron recently remarked that Napoléon’s “life was an epiphany of freedom,” Bonaparte himself was pro-slavery and animated by the same prejudices against Black people as the monarchs of the ancien régime. Not only did Bonaparte send his brother-in-law Charles-Victor-Emmanuel Leclerc on an expedition to Saint-Domingue to bring back slavery in 1802, but the first consul also expressed explicitly racist beliefs during his rule.

Bonaparte once wrote, “I am for the whites, because I am white. I have no other reason, and this is the right one.” He thus rebuked the French revolutionaries for having dared to declare general emancipation. “How could anyone have granted freedom to Africans, to men who had no civilization?” he asked. It is hardly a surprise that during the Leclerc expedition we find Bonaparte’s top generals exhibiting the same prejudices while using the logic of genocidal extermination.

Leclerc wrote to Bonaparte on October 2, 1802, that the mission in Saint-Domingue could only succeed if the French were to “destroy all the Negroes of the mountains, men and women, to only keep around children younger than twelve years old, to destroy the majority of those in the plain, and to not leave alive a single person of color who has ever worn an epaulette.” After Leclerc died of yellow fever, his successor, General Rochambeau, told Bonaparte that even after the arrest of Toussaint Louverture, the French military was in need of “three forceful combined expeditions…to fight, disarm and chain the Negroes forever.” “Slavery must be proclaimed again in this realm…. I even think that for a time the masters must be given the right of life and death over their slaves,” Rochambeau concluded.

Although Haitians definitively won their independence in 1804, France refused to recognize the new nation, and the French populace, like French officials, never stopped scheming for the “restoration of Saint-Domingue.” In 1806, Saint-Domingue’s former head of finance addressed a detailed plan for reinstating slavery to Napoléon, who had made himself an emperor. While neither ruling out deporting or exterminating the entire population, the official argued the first step was to assassinate Haiti’s leader. “As long as Dessalines exists,” he wrote, “we will never attain our goal.”

Gen. François-Marie Perichou de Kerversau, stationed in Saint-Domingue during the Leclerc expedition, also sent detailed reconquest plans to Napoléon. Like his predecessors, Kerversau spoke of the need to “exterminate” the entire population, including the children. No conciliations for the “negroes” should be made at all, Kerversau warned. “They want to be free,” but “the honor of the French name, the security of the West Indies and indignantly outraged humanity cannot allow it,” he said. “The aura that once guaranteed the safety of the master and allowed one man to live in peace among two hundred slaves is gone,” Kerversau concluded. “The black man knows today that a white is only a man.”

Napoléon’s Bourbon successors similarly did not drag their feet in coming up with schemes to reinstate slavery. In 1814, Pierre Victor, baron Malouet, minister of the marine and colonies under Louis XVIII, sent three spies to coerce Haiti’s leaders to surrender. Malouet threatened that if they did not submit, the Haitian people would be “treated as barbarous savages and hunted down like maroon negroes.” One of the spies, Dauxion-Lavaysse, even sent a letter to King Henry that unabashedly revealed that France was ready “to replace the population of Haiti, which…would be totally annihilated by the forces sent against it.”

Jean-Louis, Baron de Vastey, one of the most prominent officials in the Kingdom of Haiti, responded by lamenting that “twenty-five years of misfortune and experience had failed to correct the irascibility of the ex-colonists.” “They have not ceased to provoke the cabinet of Louis XVIII, to lead it, like that of Bonaparte, into sending a similar expedition against us,” Vastey wrote. “First, they sent us spies, then commissioners, all of them ex-colonists, to insult us and offer us the choice between slavery or death; they conceived of plans of attack and extermination in their writings and pamphlets, which violate all the laws of religion, justice, morality, and humanity.”

It was only after realizing that Haitians would rather fight a war to the death than see the return of slavery and French rule—a Haitian newspaper reads, “Since the French must come, let them come only once! the more there are, the more of them we will kill!”—that the French settled for impoverishing them.

The instructions given to Mackau reminded the French diplomat that his task was merely that of a messenger. “My mission to the people of our former colony is not a negotiation,” Mackau wrote. “I am limited to explaining to them on what conditions His Majesty [of France] consents to grant their independence, fully and entirely.” “I lack the powers to make the slightest modification to the proposals of which I am the bearer.” The directive, marked “very secret,” stated that if Haiti “did not demonstrate gratitude for what His Majesty deigns to do for them,” Mackau was to “announce to the leaders of that government that henceforth they will be treated as enemies of France; that already a squadron is ready to establish the most rigorous blockade in front of the ports of the island; that this squadron will soon be reinforced by other vessels sent from our ports; and that the interruption of all maritime commerce will cease for Saint-Domingue only after this island will have submitted, without conditions, to the domination of France.” France’s most terrible weapon turned out to be economics. And the war of extermination was to come by means other than the cannon.

With the threat of recolonization, re-enslavement, and genocide looming, on July 11, 1825, Boyer signed the fatal document, which stated, “The present inhabitants of the French part of St. Domingue shall pay…in five equal installments…the sum of 150,000,000 francs, destined to indemnify the former colonists.” The consequences of this economic violence continue to resound for today’s Haitians. The French only released their territorial claim on Haiti after imposing a racist and inhumane freedom tax that brought poverty while preventing prosperity.

The Times estimates that, while the total amount of the indemnity was reduced to 90 million francs in 1838, the Haitian government paid approximately 112 million francs, or about $560 million. Yet, in 2003, former Haitian president Jean-Bertrand Aristide calculated that, adjusted for inflation, the French siphoned from Haiti the equivalent of $21 billion.

The story of the indemnity is not only about the many possibilities foreclosed by this unjust debt. It is also about the legacy of slavery and the unquantifiable generational trauma wrought by France’s material and moral war against Haitian independence. Without a doubt, the French owe Haitians full reimbursement of the indemnity, but I daresay they owe them far more in reparations for slavery and compensation for pain and suffering.