Will any MPs criticize Ottawa’s Support for Dictatorship in Haiti? 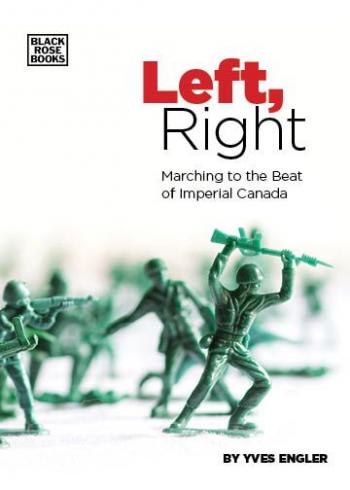 The Liberals’ commitment to a neo-Duvalierist dictatorship in Haiti is being tested. Hopefully Black History Month offers opposition parties an opportunity to finally echo growing grassroots criticism of Canadian policy in the hemisphere’s poorest country.

Since Monday a squatter has been occupying the presidential palace in Port-au-Prince. On Sunday evening Supreme Court Justice Joseph Mecene Jean-Louis was appointed provisional interim President of Haiti by the opposition parties that say Jovenel Moïse’s mandate is over as the constitution states. But, Moïse has refused to leave, claiming another year on his mandate. He responded by arresting one Supreme Court judge and (unconstitutionally) dismissing three judges as well as sending police to occupy the Supreme Court building.

Moïse has been preparing for this moment for some time. In November he passed a decree criminalizing protests as “terrorism” and another establishing a new intelligence agency while in the summer he instigated a gang alliance to instill fear in the slums. Three months ago Moïse appointed Leon Charles head of the police. The former military man oversaw the police in the 17 months after the 2004 US, France and Canada sponsored coup. At that time Charles publicly referred to a “war” the police waged against the pro-democracy sector. Thousands were killed in political violence after the overthrow of elected President Jean Bertrand Aristide.

Once again Ottawa appears to be backing Charles and a new war on civilians. A few weeks ago (Jan. 18) Canadian ambassador Stuart Savage met Charles to discuss “reinvigorating the police”. A few weeks earlier Savage met Moïse in another sign of the Liberals’ extensive support for the president.

Moïse has also built up the dreaded military revived by his patron, former president Michel Martelly. On Monday the military released a statement backing Moïse in the constitutional dispute and then proceeded to shoot two journalists at a protest, gravely injuring one.

There’s been push back in Canada to Justin Trudeau’s backing of Moïse’s authoritarianism. On Sunday 40 socially distanced demonstrators attended Solidarité Québec-Haïti’s “Rara” musical rally in Montréal against Canadian policy in Haiti and hundreds participated in its nighttime webinar titled “Non au retour du duvaliérisme soutenu par le Canada en Haïti!” Over the past week more than 300 individuals have emailed new Foreign Minister Marc Garneau (and all MPs) to call on Ottawa to “Stop Supporting the Return of Duvalierism in Haiti!”

On the weekend Le Regroupement des Haïtiens de Montréal contre l’Occupation d’Haïti released a statement declaring “No Canadian government support for the dictatorship in Haiti”. Additionally, the Concertation Pour Haïti, which includes Quebec’s major labour unions and a number of government-funded NGOs, demanded Canada “cease all support” for Moïse’s government, “which is increasingly criticized and denounced for its involvement in massacres and violence aimed at establishing a climate of terror, at destroying the opposition and at preventing the emergence of a real alternative.” The Concertation statement added that Ottawa should “cease all forms of support for the illegitimate electoral process and for the constitutional reform project that the authorities want to put in place, a process that does not respect the standards of independence required to establish the legitimacy of a government. The presidency, having failed to organize legislative elections provided for by the Constitution, now governs by decree, holding all the powers on its own.”

In the US, Senior Senator Patrick Leahy and seven congresspeople called on the Biden administration to back a transition government. The congresspeople’s statement last week noted, “we feel it is essential that the United States unambiguously reject any attempt by President Moïse to retain power.”

In December the national president of the Public Service Alliance of Canada, Chris Aylward, sent a strongly worded letter to the PM critical of Canadian support for Moïse while earlier David Suzuki, Roger Waters, Linda McQuaig, George Elliot Clark and 150 others signed an open letter “calling on the Canadian government to stop backing a corrupt, repressive and illegitimate Haitian president.” These statements followed on from multiple disruptions by Solidarité Québec-Haïti of ministers, including an occupation of Trudeau’s election office, over the government’s support for Moïse.

But, where are the opposition parties whose job it is to question and oppose government policy? With the exception of Bloc Québécois MP Mario Beaulieu – who sponsored a parliamentary petition critical of “the ‘Core Group’ that allegedly brought to power the governments of Martelly and Moïse, who have been accused of corruption and repression” – the silence has been deafening. I couldn’t find any statement from the NDP or Greens. Nor am I aware of left-wing MPs Paul Manly, Leah Gazan, Alexandre Boulerice, Niki Ashton or Matthew Green releasing anything. A number of these MPs have found time to criticize Chinese repression – where Ottawa has little influence – but have stayed silent when Canadian-trained, financed and diplomatically supported police kill Haitian protesters.

Two centuries ago the Haitian Revolution delivered a massive blow to slavery, colonialism and white supremacy. Is it too much to ask that during Black History Month these left-wing MPs (or their staffers) watch Haiti Betrayed or read some of the many articles critical of Canadian policy in Haiti and tweet their opposition to Canada’s role in reviving Duvalierism?

Yves Engler is the author of 10 books, including A Propaganda System: How Canada's Government, Corporations, Media and Academia Sell War and Exploitation. Read other articles by Yves.